For several years during the late 1990’s and early part of the 2000 decade, I worked with Ford Foundation to provide technical support to African traditional healers they were supporting in West Africa. I made numerous trips to Senegal and to other West African countries that hosted traditional healers with an affiliation with a prime Ford Foundation grantee called Prometra. My work included training healer to document their work, use various media tools such as the internet and to assist them in telling their stories to the world. The work brought me into contact with some of the influential healers on the continent. Many of these were (are) folks with enormous insight into the spiritual heart of modern Africa struggling in a world economy dominated by Western values and political strengths. This project was an outgrowth of a strange and fortuitous set of events that I chronicled in a written travelogue which can be downloaded here (Senegal Travelogue download). 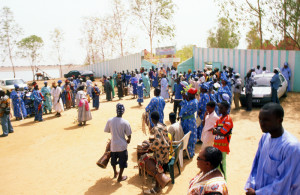 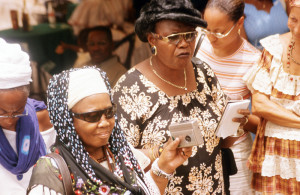 The pictures here were taken in a small town called Fatik which is located several hours outside of the capitol city of Dakar. It was here in Fatik that I fainted for the first time in my life. One minute I was having a conversation and the next, I just swooned away. I recall emerging from a fog of heat exhaustion with one profound thought on my mind: How come there are not kangaroos here? I dunno, I guess it made sense to my twisted brain at the time. 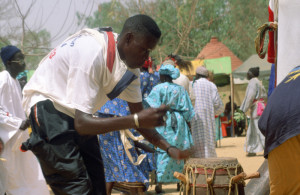 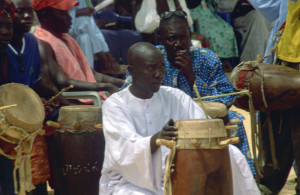