In 1990, just weeks after the United States invaded Panama and arrested Manuel Noriega, I was hired by USAID to travel to Panama City and supervise a TV crew that would document the US humanitarian efforts to resettle and house the many people who had been displaced by the destruction caused by the military action. I was assigned a local driver with a For Pathfinder, a local contract TV crew and given a walkie-talkie with the instructions to never use my actual name on the air as rebels forces operating in mop up operations could triangulate radio signals and take hostages. 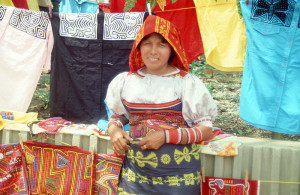 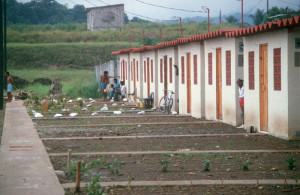 My trip to Panama was a riot of sight and sound in a town that had an odd sort of business-as-usual even as the smoking ruins of parts downtown were being leveled and rebuilt as though the US involvement was no more than a commercial break. I visited “Camp Albrook” which was a former US Airbase that had been converted into a tent city to house displaced refugees in the former aircraft hangars. 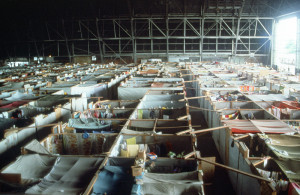 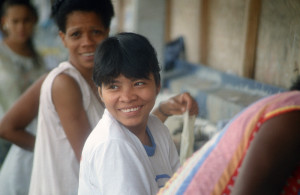 Aside from the amazing engineering feat of the canal itself, which was an accomplishment that I had always been fascinated with; there was also the odd counter-point between traditional native culture and the obvious presence of urbanization and Americanization everywhere.

In the city’s poorest neighborhoods I saw the worst squalor I have ever seen in a lifetime of traveling in third world countries. I actually burned the hiking boots that I wore on that trip because of the slime and the filth from raw sewage and lack of plumbing and the festering if not pervasive pall of hopeless living conditions only made worse by war. 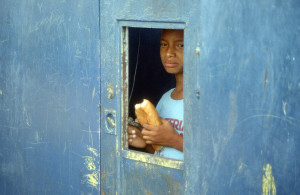 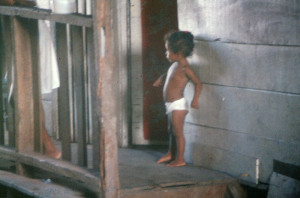 Upon arrival in the country I was escorted to a briefing at the USAID office which was under armed guard by marines and key offices were situated behind bank vault style doors. I was advised never to stray away from my bodyguards and not walk around the city unescorted after dark. All sorts of spooky characters seemed to inhabit the town with earphones, heavily armed and in plain clothes. It was a city quietly under siege while desperately trying to project a sense of normalcy.